NewsWatch review: Our experience working with NewsWatch at MWC2018 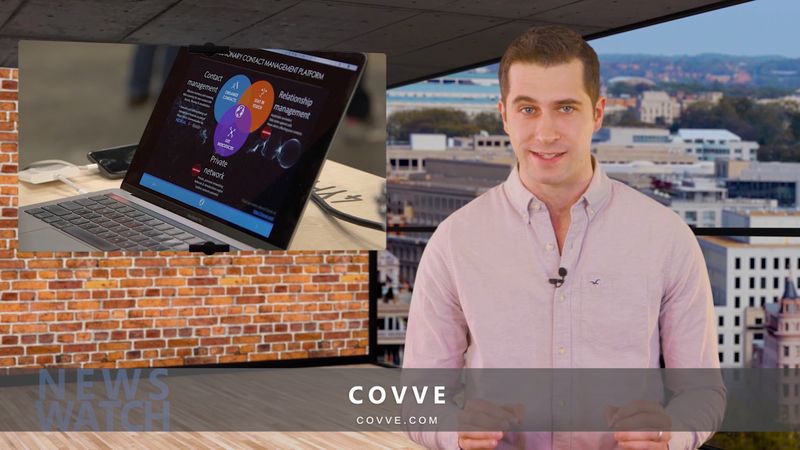 We are an early stage startup, about to attend the Mobile World Congress 2018, invited by no other than Deutsche Telekom (T-Mobile), through their accelerator company Hubraum. Aiming to make maximum impact on our visit to Barcelona, we were tempted when we received an email from NewsWatch promising extensive TV airing and a generous digital push for Covve. We receive many cold emails, but this caught our attention.

We are on a tight budget, therefore the price for their top package was very steep for us – with our then-cost of install we could get over 5000 target-audience downloads with this budget. After some negotiation, a drop in price and the addition of alluring extras convinced us that this was a deal well worth the price. Even our US-based PR advisors agreed that the CPM (cost per thousand impressions) of the digital campaign was reasonable considering it was a well targeted audience.

The NewsWatch brochure listed clients that ranged from known startups to reputable companies the likes of Intel, Audi, Bank & Olufsen; we were keen to join the list.

After some negotiation we managed a respectable discount and an impressive exposure package, which included:
1. On site interview at our booth at the MWC event;
2. Professional video editing of interviews including showcase of the app itself;
3. 1,200+ airings of a 60sec video in their ‘News Cluster’ which includes Bloomberg Television, CNBC, CNN, Fox Business, Fox News, HLN, MSNBC, and The Weather Channel, in the morning 7am slot;
4. National TV Distribution to 95+ Million Households through the AMC Network;
5. Headline distribution on major news sites including at least 2 out of 4 of the following distribution channels: Wired, CNBC, Reuters, and Bloomberg;
6. Online campaign guaranteeing 1M+ headline impressions;
7. Distribution to more than 175,000 social media subscribers.

Considering TV exposure, especially with such targeted audience (points 3 & 4), this seemed like a no brainer, and we were also excited by the potential of headline distribution in major news sites (point 5). Overall, we could not wait!

We were contacted by the team with a basic script which we reviewed and approved. Closer to the event they also contacted us to schedule the interview at our booth. Overall the whole communication experience was very professional.

Michelle and Chris came in time to film us. They were very pleasant and professional, they set up quickly and got it right with a single take. They explained that we would receive the draft in a few weeks. They also agreed to film usage of the app at their premises, which was great as it allowed us to include a newer version of Covve. Our only additional request was to get a recording of the video playing in the news channels mentioned above. They promised they would try but said it would be difficult.

When the draft video came we were disappointed. The filming part was good, but the pre-roll was average, and the screen recordings had bad lighting and also some irrelevant shots of the app. We came back with feedback within the agreed 48-hour window. The app screens were corrected but not our other comments. Overall, we were OK with the result, here it is: https://newswatchtv.com/2018/04/12/covve-newswatch-review

And then we got an email informing us that NewsWatch will air Monday, April 16th (as pre-agreed), from 7:00-7:30 AM ET/PT on AMC; we were very excited!

When the time came, we were underwhelmed: we were averaging about 300 visitors a day organically back then and after the airing we averaged 450. A 50% increase is great, however this was not a relative assessment, we had expected tens of thousands of visitors to the site, especially considering a potential reach of close to a 100M (points 3&4).

We also expected referral traffic from the headline distribution (point 5) but we only had 247 visitors from Taboola and 396 from TrafficMasters. After inquiring we realized that the headline distribution on major news sites refers to the “around the web” section at the bottom of the sites! Only 6 of the Taboola visits clicked to sign-up, 2.38% compared to an average of 5.79% from the rest of our referral channels. TrafficMasters, achieved 0 conversions which made total sense when we realized that this is a website you just go and buy traffic from!

The NewsWatch progress reports we were sent showed total online and social media impressions of 1.3M, yet we saw a total impact of around 6,600 new visitors; that’s a very high cost of per visitor considering the price we paid. Furthermore, our expectation of the impact that the TV airings would have was high and we were very disappointed by the results – we never got the proof of the airing on the news channels, so we could showcase, either.

The team at NewsWatch was attentive, they took the feedback onboard and offered to mention us in another airing on the 4th of June across the AMC network, which was very generous of them but again did not generate any significant site visit volume.

All in all, although the team at NewsWatch tried to provide a good service, the outcomes didn’t meet our expectations and, we now know, we could achieve significantly better exposure through other channels.

How to Add Social Profiles to My Contacts

How to add job information to my contacts

Should Your Small Business Use Digital Business Cards?

How to Find Email Addresses of Employees at a Company?

How to Check if an Email Address is Still Valid?