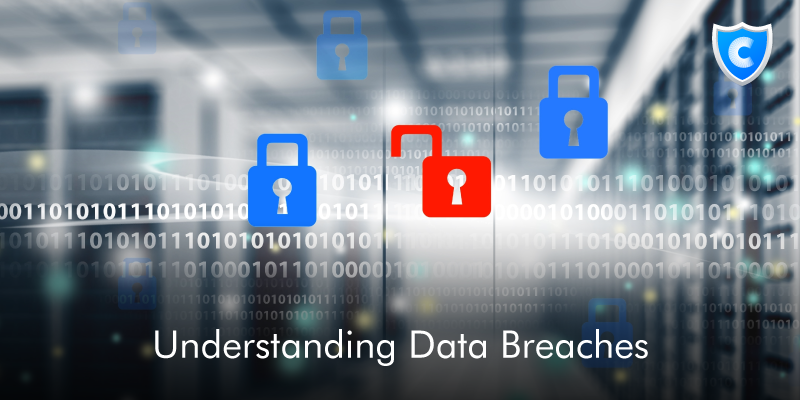 Welcome to the Covve Security Series, our new blog series on how to protect yourself and your business online. Good cybersecurity hygiene is critical in the age of data breaches, ransomware, and other digital threats. Over the next few months, we will share some quick and easy steps you can take to effectively enhance your digital security and safeguard your data.


According to the Identity Theft Resource Center, 164 million records were exposed in 2019 in the US. That’s 449 thousand every day, 18.7 thousand every hour, and 312 every minute.

This looted data is then sold on the dark web or used to siphon off millions of dollars from unwitting victims. Troves of leaked data provide fraudsters with all they need to compromise accounts, steal people’s identities, or commit financial fraud.

With major data breaches making headlines almost every week it can be hard to figure out just what it all means. To help you make sense of it, we’ve put together a quick primer on data breaches.

What is a data breach? A data breach happens when someone gains access to information that they aren’t authorized to access. This could include data being viewed, stolen, destroyed, or altered. Many data breaches occur when a company stores personal data on a server that is left unprotected for anyone to access. Some are the result of more elaborate hacks. Often it is unclear exactly what information has been stolen in a breach or leak. Depending on the type of data involved, some breaches are more severe than others.

What kind of information can be stolen in a data breach? Stolen data ranges from seemingly more benign information like names and email addresses to far more sensitive data like Social Security numbers and financial statements. It can also include passwords, medical records, credit card numbers, passport numbers, location history, and home addresses.

What is the largest data breach in history? Yahoo holds the dubious distinction of being responsible for the largest data breach in history. In 2013, hackers compromised all of Yahoo’s 3 billion user accounts, including users’ email addresses, passwords, and dates of birth. Although not nearly as large in size as the Yahoo breach, Equifax receives honorable mention by virtue of the seriousness of the information stolen in it’s 2017 breach, which included 147 millions Social Security numbers, opening up millions of people to the risk of identity fraud.

What has been done to combat data hacks? As data breaches have been on the rise, companies and governments have become more aware of the risks and taken steps to better protect personal data. In Europe, the EU passed the General Data Protection Regulation which holds companies accountable for how they collect and store data. Companies are beginning to take data protection seriously and are investing in new technologies to increase security, but many vulnerabilities still exist.

As a result of the rapid explosion in the size and severity of data breaches, identity theft is now one of the fastest growing crimes in America. Between 2012 and 2019, one third of all Americans were victims of identity theft. According to Javelin Research & Strategy, losses from identity fraud ballooned to $16.9 billion in 2019 as fraudsters increasingly targeted checking and savings accounts, draining billions of dollars from victims’ accounts.

These numbers point to a startling trend. Data breaches have become a common part of day to day life in the digital age. And the problem is likely to get worse before it gets better. That’s why taking your digital security seriously and taking steps to protect yourself from the fallout is so important.

Protect Yourself from Data Breaches with a Password Manager

Secure Your Accounts with Two-Factor Authentication

How to Protect Your Data While Traveling